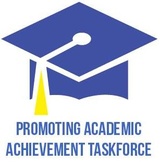 Quoting from the Pomona Youth and Family Master Plan

"In April of 2004, Pomona was shocked by the shooting death of California Highway Patrol Officer Thomas Steiner outside the Pomona Superior Court by a 16-year-old suspected gang member. This tragic incident galvanized the community to address the long-standing gang violence problem that had plagued the city for generations. As a result of the shooting, the Mayor's Youth and Family Task Force was formed, consisting of a group of volunteers organized into committees to develop solutions to gang violence and its causes. The Youth and Family Master Planning process grew out of recommendations from the Mayor's Task Force and the Pomona Youth Commission."

"Pomona's Promise formerly the Pomona Youth and Family Master Plan (PYFMP) is a blueprint for change that points the way to a brighter future for our community's youth and families. Born out of many years of frustration with lingering problems such as gang violence, poor academic achievement and high rates of teen pregnancy, the formal Youth and Family Master Plan planning process was initiated on February 28, 2005 through the adoption of City Council Resolution No. 2005-13."

The top three risk factors were determined through much community input. Our task is to work in the academic area.

Young people who perceive themselves as failing academically are at risk for substance abuse, delinquency, teen pregnancy, school dropout and violence. Regardless of the cause of academic failure, students who don't view themselves as successful students are at risk."

PYFMP Task Forces are now working on the following levels: prevention, intervention, enforcement, and capacity building and sustainability efforts. After assessing our members' strengths and resources, we are best suited to work on prevention efforts.

From the formation of the PYFMP, the task force dealing with risk factor 2 -academic failure, has morphed into the Promoting Academic Achievement Task Force (PAA).